Popular posts from this blog

Introduction to a Stressed but Happy Student 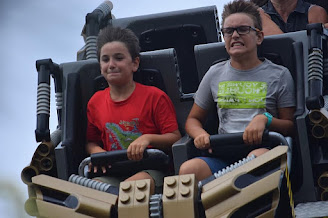 Hi, my name is Dorothy and I'm a pre-med physics major! People sometimes express surprise at this combination. I chose to major in physics because I really enjoyed studying it in high school. I thought it was a subject I could dabble in, but as it turns out, I was playing with fire. College physics is a wild ride! Now I'm just hanging on for dear life until I graduate and go to medical school. It's a great time! I spend a lot of time studying and the rest of my time procrastinating.  A Wild Ride Sometimes my procrastination takes the form of hobbies. For example, I am currently learning the Barber violin concerto. Playing the violin is fun, but working on technique is not. My youth orchestra conductor in high school referred to technical work as "musical spinach". Another way I spend my time is studying Mandarin. I grew up speaking Mandarin with my family, but I never really learned to read. Each character stands for not a letter or a sound, but an entire word. As
Read more 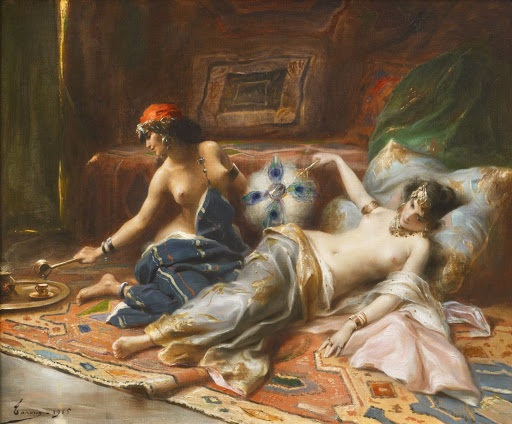 The Rakshasis were a race of female goblins that lived on an island in the middle of the ocean. Very seldom did travelers chance upon their country, and if they did, more rarely still did they leave. The Raskshasis liked to eat people. Unwilling to leave their island home because of their fear of water, they lay in wait for the next unfortunate ship to strand itself upon their island. When this happened they took husbands from among the human men, and then when they grew disenchanted with married life they simply devoured them, or imprisoned them in their secret dungeon to be eaten later on.  One day, after a dry spell of several years, there was a big storm in the middle of the sea. The waves crashed upon the shore, flooding the island, but the Rakshasis were hidden away in the great walled city they had built. When the water retreated it left behind a shipwreck. The Rakshasis saw this and licked their lips in anticipation.  "Odalisques" by Henri Adrien Tanoux Leaving the sa
Read more